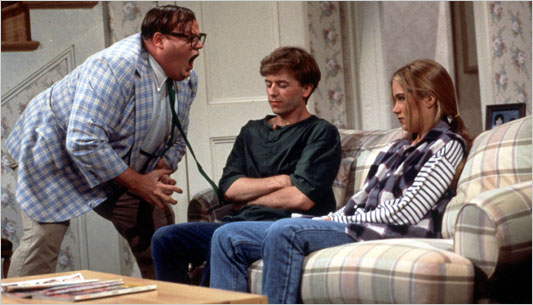 You can’t have intentional community without intent.

I intend to publish three blogs a week. Sometimes I get a few weeks ahead of myself, six or eight posts in the can, scheduled, giving me all kinds of emotional cushion. But today is Christmas Day, I’ve only 24 hours to the due date for this blog, and so I get up early (before 3/4 of my kids are up!) and I write. That is the nature of intent. Without it, I’m sleeping in. With it, I’m acting. Without it, entropy takes its course, we drift, we disconnect, we fall apart. We don’t have community, because we don’t seek it.

Intent is a great thing to talk about during the season of a New Year. We all “resolve” things and most of us quit by the end of January. That’s because most of us don’t live with much intent most of the time. We aren’t used to forming new habits, so when the time comes, it’s harder to do.

Those who like my Thursday writing blog– writers– will recognize that without intent, writing your book doesn’t happen either.

I have a weight loss goal, but yesterday I didn’t eat with intent. I ate like a pig. We’re at my in-laws house and my wife’s mom is dishing up all kinds of good stuff. I didn’t MEAN to…

My kids love that phrase. They pass the buck. The kids are playing in the other room, when suddenly a THUD is followed by wailing. What happened? Well I didn’t MEAN to…

It’s as if your lack of intent absolves you of responsibility. But of course as adults we recognize the faulty logic here and change our ways. Uh. Right? “I didn’t mean to balloon to 245 pounds…” “I didn’t MEAN to become an alcoholic…” “I didn’t MEAN to tell a joke about my boss’s wife… it’s his fault he’s so sensitive, I always joke around!” Oh, so all these things just happened to you? A lot of the crap that gets us in trouble stems from a lack of intentional living. Well, yes, and if this makes intent-less people sound like real jerks, I think it can be a lot more subtle than these examples, but it can still make you sound like a jerk. Whenever my kids say “I didn’t MEAN to” they sound like jerks to me. Adults don’t use this phrase overtly, we just find ways to disguise it. And people think we are jerks. Donald Trump made fun of Carly Fiorina’s face, then later said he was talking about her persona, not her appearance. Here’s her response, which essentially tells us that she knows we know exactly what we already knew: that he’s a jerk. Donald doesn’t appear to do anything with intent right now, or rather, if he’s being intentional, it’s an intent to be as cruel on the outside as he is on the inside. He’s not thinking about others before he speaks. Without intent to be kind, we lapse into egotism. It’s a social infection caused by entropy we might call Trumpiasis. The swelling of the ego.

“Hello babies. Welcome to Earth. It’s hot in the summer and cold in the winter. It’s round and wet and crowded. On the outside, babies, you’ve got a hundred years here. There’s only one rule that I know of, babies-“God damn it, you’ve got to be kind.” — Kurt Vonnegut.

Vonnegut knew that kindness takes intent. The scariest thing about Trump is that he seems to be casually and caustically intending the opposite, for the sake of his own face. Why is it working? Perhaps because people are tired of the faux-kindness of every other politician, baby-kissers, but not really following the only rule Vonnegut knew (happy to bomb the babies in other countries, so long as it serves their rise to power). Faux-kindness-intent is the worst kind of intent. Worse, at least some voters seem to think, than a real intent to be cruel. It leaves us suffering the soundbites of a political shock jock: a jerk who’s always making excuses. “I didn’t mean your appearance, I meant your persona.” Right… right.

Before we came to my in-laws this week, Megan pointed out that often when we visit I hole up with a book and she ends up with all the childcare duties while also trying to visit with her mother, dad and sisters. So I very intentionally spent three good hours with my kids yesterday while my wife rested or blogged or whatever. She was very gently telling me “please don’t be a jerk.” (Upon reviewing my draft, she said “I wasn’t telling you not to be a jerk.” But, yes, she was. She was asking me to live with intent.)

Living with intent is hard to do, I recognize that. It’s why we life coaches spend a lot of time with our clients working on Life Purpose. Heck, it’s why we exist! Once you have a better sense of the purpose for your life, you start doing lots of things with more intent. We also provide accountability for what YOU DO want to do, which, guess what … doesn’t happen without intent.

Living intentionally is a daily pursuit. When you’re kicking a bad habit, an addiction, it’s an hourly or by-the-minute pursuit. It helps to have healthy things to put your attention on, direct your intent actively towards.

Things that happen to you may not be within your control, but notice I just switched to the passive voice? When you live with intent, you make things happen. Not all of it will be good, or perfect, but it won’t be happening TO you. It won’t be a passive life. You’ll stop saying “I didn’t MEAN to…” because most of what you do will be intended. Famed stunt bicycle rider Pee Wee Herman used to say “I meant to do that” as a cover-up for any accident he had. Which is, of course, an ironic usage. I wonder if the actor “meant to do that” when he got busted for inappropriate behavior?  Or did he so identify with his character he thought he could get away with this in real life? Method acting isn’t healthy, even (maybe especially) if you aren’t a professional actor. Don’t method-act your way through this stuff! This is about the real you.

So we see that this lifestyle of intent includes your community, but it also includes a whole lot of other stuff. So, as you consider your New Year’s Resolutions, consider what it will mean to live with more intent in every area of your life. What is your purpose? Who will hold you accountable? What will you make happen? What do you MEAN to do? Now, go be the force that happens to life. Go happen to your community.