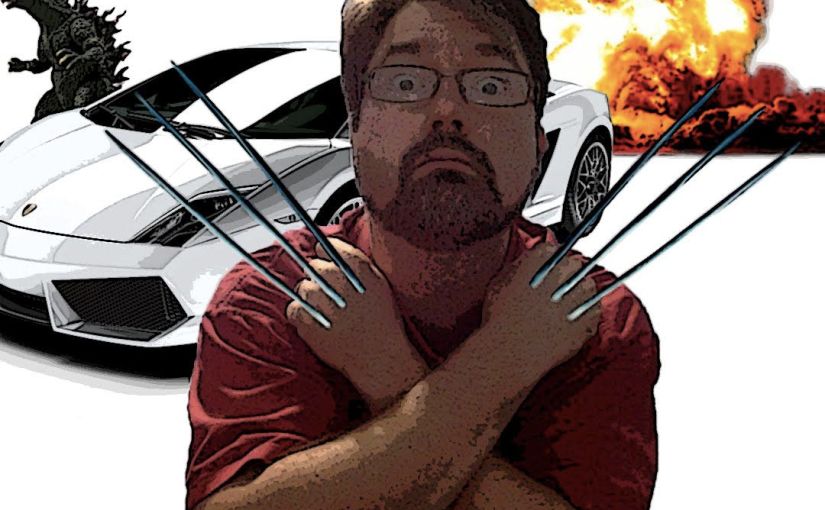 In the Void things Fuse for the sake of Hope.

Unless you have a strong stomach, don’t google ‘swords and tongues images’. I thought about posting a featured image but really these two things just don’t mix. You get swords coming out of mouths, going into mouths, people cutting their own tongues, and none of it’s pretty. This is a fusion of relatively incompatible neighbors. It’s bad enough when swords come out of fists, a la Wolverine.

Here, a Polish-French Canadian performance artist named Kinga Araya uses a sort of prosthetic sword in a piece called Orthoepic as she explores issues of identity/ group belonging. It’s one of the least weird visuals even remotely related to the topic, and this is a performance artist we’re talking about!

The Bible is full of imagery of tongues and swords. Hebrews 4:12, for example, is linguistically somewhat complicated and speaks of “the word of God [which] is living and active, sharper than any two-edged sword”.

Without too much detail, commentaries suggest that this usage of the word “Word” do not refer to the written word (Bible) nor exactly to the person of Jesus (the word made flesh), but rather it makes a broader reference to a word of judgement, what we would call a clearly stated or unanimous verdict in a court case. Isaiah 11 and other prophecies in the Old Testament pay tribute to the idea that this is a word which proceeds from Jesus’ mouth. It’s a razor-thin line which leaves no grey area when all is said and done, “piercing to the division of soul and spirit, of joints and marrow, and discerning the thought and intentions of the heart.” It’s a fusion which began in the Void, a fusion of sharpness (the Word) and of flesh (that soft mushy tongue, so sensual, dangerous and versatile).

So first of all this is usually quoted with the (incorrect) assumption that the passage is talking about the written down words of the Bible. Second, I don’t know if I’ve ever heard anyone talk about what precedes it — the context. And all the way back to the beginning of chapter three, the author is speaking of one thing: Entering Rest.

In the “void” of the creation story the work begins in a timeless moment, but the act of creation not only begins in this Void, but ends in Rest — perhaps a mirror-like reflection of the Void for all practical purposes. Dig in to the earlier part of Hebrews 4 a little bit and you’ll see that there are two sort of moments for rest. One is Today, and the other is Another Day.

“Let us strive to enter that Rest” (verse 11) becomes this beautiful paradox; the sword-flesh knows our thoughts, carves us up. “Today”, we can enter it, (as modern writers might say, “In the Moment” or “Living in the Present”) and “Another Day” as well. We can observe a Sabbath, we can embrace moments or years or decades of the Void for the sheer restfulness they offer, and we wait as well for Another Day.

This fusion begins in the void, and it ends on Another Day. I suspect that the best way to “Strive” to enter it is really just to observe Rest on a more continual basis than simply the Sabbath (as a construct) and to live Sabbath all week long. I’ve written before about finding “Hedgerow” time, time to walk along the edges of the fields, to pick fruit that only comes to us wild, uncultivated, to embrace the possibility that in resting we find our source of sustenance rather than in work.

This is all a rather difficult thing to pursue. My point is not particularly to do a completely in depth study. It’s to look for where things may be fusing in the void, so that if you’re in one of those dry, desert, Dark Night of the Soul type places, I want to encourage you to find that for Today rest is enough. I know the restlessness that happens in that place, how difficult it is to focus our thoughts, intents and desires on Rest, but I know that as the sword and flesh fuse Today we can see the Void that was and Another Day to come reflected equally. The razor’s edge is the light striking the mirror, or the prism of our hearts, breaking things into colors, showing us where Rest is available and where it isn’t. Let the word that pierces and dissects and gives a verdict show you the way to Rest.

As I read back over this whole thing I realize the tone is pretty mystical. I’d say it strikes the right chord for such a paradoxical fusion! If it all feels rather nebulous today, I hope that the previous articles on Fusions in the Void, and the articles to follow, will surround and support the ideas here. In other words, I don’t think that this particular article stands on its own but as a continuation of the flow of other thoughts. So read those too, and see if they don’t provide a skeleton for this fleshy piece of writing.