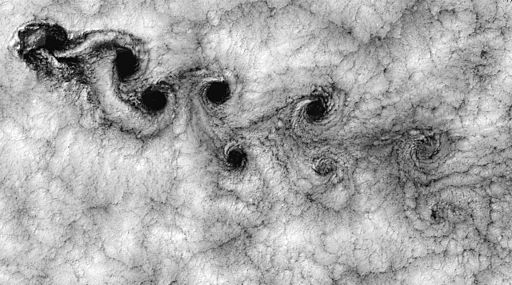 The canyon tightens as their tiny raft leaves the ancient dwellings behind. Ahead she hears a roar, she lifts her head. He sees the fear in her eyes and steadies her with a glance. His jaw is set firm, he knows there is danger, but he does not shrink back from the challenge ahead.

Spray in the face

Even lifting, almost flying over the next stone

He uses every trick in the book to navigate. On the one hand, it seems like he’s following a distinct path, off this rock, spin to that one, push away, twist, and through a set pattern to find his way. On the other hand, it seems he’s improvising; sometimes he leaps to tie a piece of the raft back together, then he dips a small jug from his belt into the water and fills it, at other moments he lets entire logs splinter against a boulder so that their raft is now narrower and lighter, then with a flick of his wrist he shoots them through a gap they wouldn’t have fit a moment before.

They come to a quiet area where the river slows gradually as it sweeps around several bends. After many minutes it broadens into a river so wide she cannot see the banks on either side; the water moves laconically while they drift through an area flecked with islands. He moves them into a channel which moves faster, and they scoot past many islands until the river mists over, fog blankets them, and she realizes that he has a sense about the islands so that even though they might change locations each time he navigates through, he knows how to avoid them. She finds peace and drifts to sleep.

When she wakes it is the second hour, the darkest moment of the night. Her host stands up and stretches.

What happened? She asks.

All will be known in due time.

Did you even know what was happening? Where we were going?

Yes, and no. I knew that we were going places I’d never seen.

But then, how is this part of your tribe’s most sacred places, if you’ve never seen it before?

I cannot explain. I have been there before many times, and I have never been there at all.

She also stands and stretches, her hands high above her head, the muscles in her stomach finding their limits. She feels now that she could pluck a star and eat it, and it would taste like the bread she ate the last time she was here.

Well, what is next, I wonder?

That, my good guest, my friend, is something I do know. The boatswain holds out another piece of flatbread.

She eats it without hesitation. She is feeling better rested tonight than any night she has had for many years. This bread tastes like it has been soaked in wine … or something stronger.